‘Probably Into The Ether’ by Sama. He’s one of my favourite producers at the moment and the track combines this super heavy groove with a simple but extremely effective melody.

Drumcode wunderkind Weska’s returns to Egg LDN to cap off a spectacular 2019 which has seen him release the ‘Polarize EP’ with longtime friend and mentor Bart Skils and ‘Alpha Rhythm’. The Toronto-born artist now based in Berlin has toured Japan and Australia this summer with his bright, melodic palette of techno sounds and still in his mid 20s Weska will undoubtedly go on to greater things as he launches a set of new releases called First Wave on December 13th.

Ahead of this evening’s set to be hugely celebrated show he shares the 5 tracks that have shaped his musical journey.

It’s hard for me to pick just one track, but I would say the entire ‘Homework’ album by Daft Punk was very inspirational for me. I only found out after I started listening to techno that it was released on Slam’s Soma label as well, I freaked out! I have a distinct memory of being with my mom driving down the highway in her car when I was 13 or 14 and listening to Rock ’n Roll in my headphones. It was just North of where we lived. I was so hooked by the repetitiveness and the electronic feel, but I had no idea what this type of music was called, I just thought it was the sound of Daft Punk. And then there was ‘Rollin and Scratching’ and ‘Da Funk’. But to this day ‘Alive’ is my favourite Daft Punk song, and one of my favourite songs of all time. It gives me this incredible uplifting feeling every time I listen to it. From a technical standpoint, it completely fits with today’s style of music and the mix is also super tight and clear still 20 years later! These guys are major idols for me, they were from the start and they always will be. An honourable mention for me is Tiga’s ‘Sexor’ album. It came out about 10 years after ‘Homework' and is more commercial, but I still listen to it consistently. This album really stuck in my group of friends, and it’s crazy to look back and think of all the different experiences we’ve had throughout our lives with this album.

I’m not sure. I don’t think it was one track in particular but rather a collection of experiences that made me want to do this full time. In particular Stereo in Montreal, every-time I went there I was blown away by the experience overall, and I always dreamed of playing there one day. Fast forward to now and I’m so stoked to have checked that gig off my list this year. I was extremely captivated by deadmau5’s ‘Random Album Title’ album as well. His early stuff, the tech-prog sound, was very inspirational to me. In particular tracks like ‘Sometimes Things Get’, ‘Whatever’ and ‘Complications’. I would rinse his first essential mix, play it over and over, it was really motivating and even though I had no clue how to make anything he was doing, I wanted to know. I think I still draw inspiration from this album, in terms of listening.

‘Probably Into The Ether’ by Sama. He’s one of my favourite producers at the moment and the track combines this super heavy groove with a simple but extremely effective melody. It just works really well in the club and creates a mysterious but nice vibe. Proper tune. 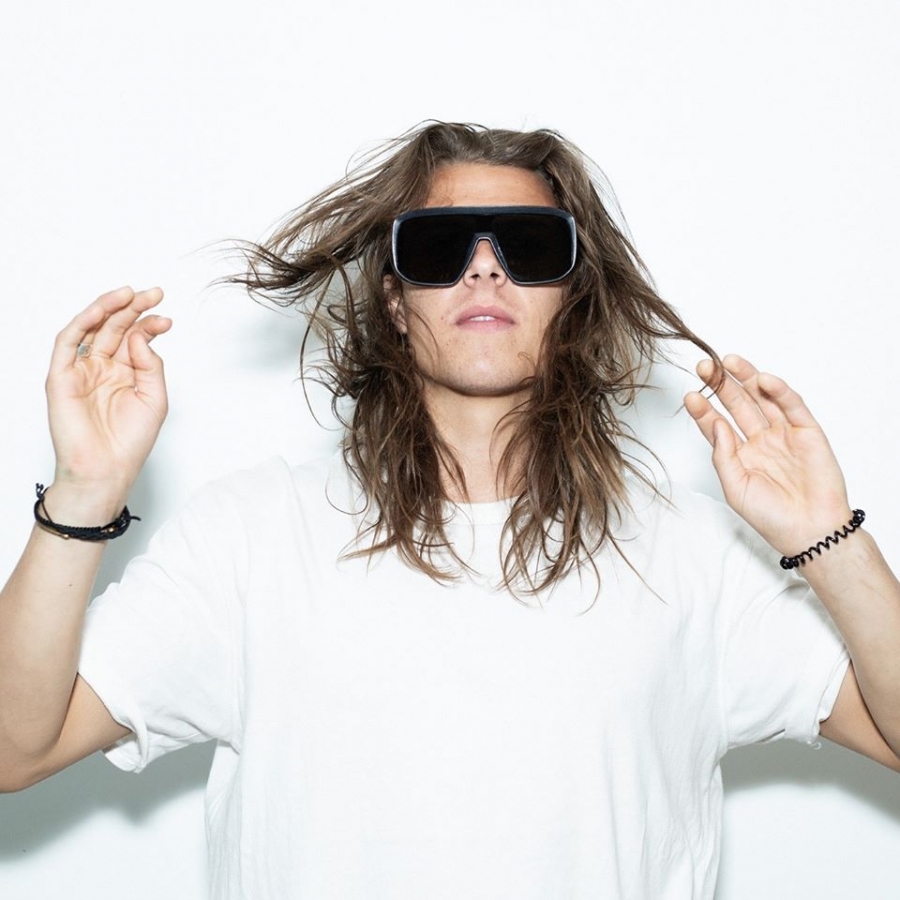 Joel Mull ‘Wind It Up’ on MOOD Records. I was going to describe it as a funky track, but it seems I describe every track as ‘funky” haha. Maybe that’s what I like about techno, it’s funky. I don’t know. But this track really is funky, the melody is so groovy and bouncy, the kick is great, the clap and hi hats really SNAP into place with the groove, it’s got everything. I would drive around Toronto blasting this in my car when it first came out, and it’s great to play out live. Come to think of it, I haven’t played it in a very long time and I’m definitely going to incorporate it into my DJ sets again. The other tracks off the EP are also wicked, and a bit heavier too. I didn’t know Joel personally back then, and even though I do now, I’ll always look up to him as a DJ and producer.

Prydz ‘Rakfunk’. I’ve loved Eric’s stuff since I first started listing to electronic music and I like to close with this track here and there. I don’t ever play the same set or close with the same track every time, but I have closed with this track on a few occasions and it works super well every time, especially after a heavy techno set. It’s so funky and crispy and clean, hits perfectly, and consists of that old school Pryda sound we all know and love. I also will always remember the time Scuba played it at Amnesia in Ibiza, right in the middle of his set. The club went electric.