I find it quite hard to describe my own sound, so I usually just refer to it as 'deep house' as a catch all; but you'll always find melodic, emotional and percussive

Ahead of her debut appearance at Egg London on Friday 11th February as she joins Korolova, Asch Pintura & Mia Aurora we caught up with RedFreya as she gives us some detail on five tracks that have shaped her career. 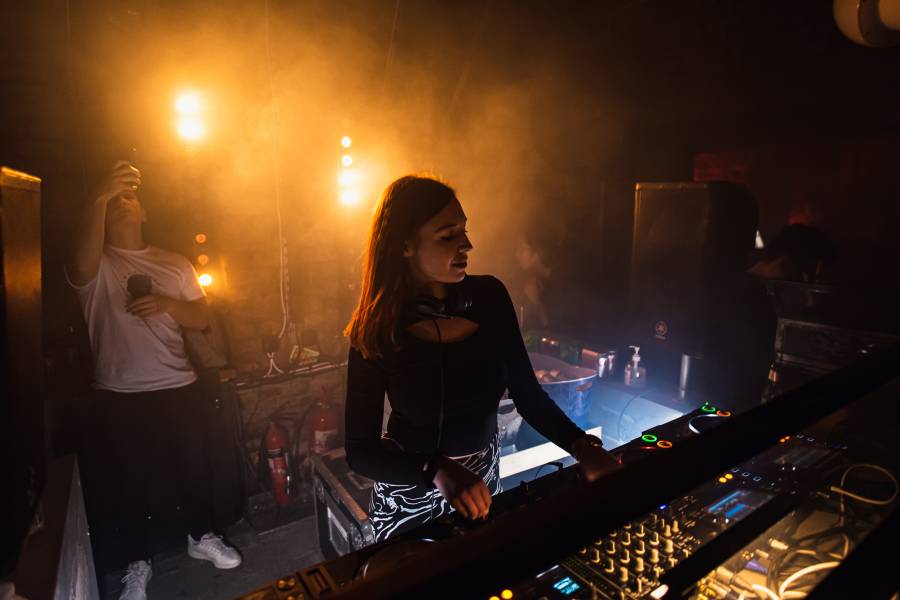 It is a very painful and nearly impossible task to ask a DJ to select just five songs that have shaped their sound...I can easily think of 20-30 that have really influenced my style which I had to exclude from the list, but I have chosen to stick with those that have had a very lasting impact on me over the last decade, and that I connected with emotionally the most. I find it quite hard to describe my own sound, so I usually just refer to it as 'deep house' as a catch all; but you'll always find melodic, emotional and percussive elements as well as lots of vocal tracks - usually the sadder / more melancholic the better. I also tend to prefer tracks that are more subtle / stripped back in aesthetic. "RedFreya"

This track by Nicolas Jaar was a gateway for me, when I first started getting into house music, to more underground music (away from commercial sounds), and becoming obsessed specifically with these types of sound textures, and distinctively authentic and emotive deep house sounds coming from Jaar and similar producers of the time (like David August as well).

From a similar era, at this time I was heavily influenced by Kollectiv Turmstrasse as well, and this is my favourite track by them - I love the stripped back, minimal but downbeat and melodic atmosphere it creates - similarly I'm a huge fan of Steve Bug / Poker Flat recordings for the same types of sound. I also chose it to share here because the video is so beautiful.

I don't typically play much genuine downtempo, but I feel like this track by Rampue is so well designed and structurally put together, it's full of originality, emotion and ambience, and the melancholic harmonies and percussion are something that has influenced my style and sound profile significantly to this day (even though I tend to play much more upbeat sets).

This track was the first song I heard that cemented my love of Afro House - I'm fairly sure it was dropped at the Innervisions 2015 label party at Fabric, and since falling in love with this genre, you'll hear a lot of these percussive, driving and vocal tracks in my mixes - but I the haunted/mysterious feeling of this song specifically.

The first time I saw Mind Against play live in London, they dropped this in their set (and this was also the first time I saw an Afterlife-style / melodic techno set), which again pushed me in a direction with my sound and selection preferences - I am deeply attracted to melancholic and slightly stripped back sounds, with an even balance between synth & percussion - although I do play a fair amount of melodic techno, I tend to steer away from tracks with 'big drops' or tonnes of synths - I think less is usually more when it comes to aesthetics.

You can catch RedFreya at Egg London on Friday 11th February as she joins Korolova, Asch Pintura & Mia Aurora. Click here for tickets