Here’s Projeckt Gestalten shares his Influences ahead of his hotly anticipated set at Berlin Berlin: Halloween Special this Saturday October 19th alongside Norman Nodge and The Lady Machine.

Head of the newly minted, queer identifying VRAAA label and a celebrated protagonist on Berlin’s most sexually liberated dancefloor, Pornceptual, Projekt Gestalten is the identity of Brazilian techno producer and DJ, Diego Garcia.

Adorning his DJ sets in various forms of white wedding dresses and baroque embroidery, Projekt Gestalten’s sexual-kinks, queer desire and bold feminine spirit flaunts a promiscuity of tongue-in-cheek chic that’s pushing techno music and its artistic, sexual appetites that much further. A figurehead within Berlin’s queer techno scene, and diamond in the rough of ‘twenty-tens’ netlabel culture, Projekt Gestalten’s exploratory search inward of melodic, harmonic and hypnotic sounds has begun its rise to the surface.

Delivering most dominating and playful soundtracks to risque nightspots and venues the world over, Diego Garcia’s emergence from the obscure raves of Berlin and its presiding internet culture now sees the artist, with a burgeoning discography and remix catalogue for the reckoning, blazing a salacious trail for the queer music lover in us all.

Here’s Projeckt Gestalten shares his Influences ahead of his hotly anticipated set at Berlin Berlin: Halloween Special this Saturday October 19th alongside Norman Nodge and The Lady Machine. 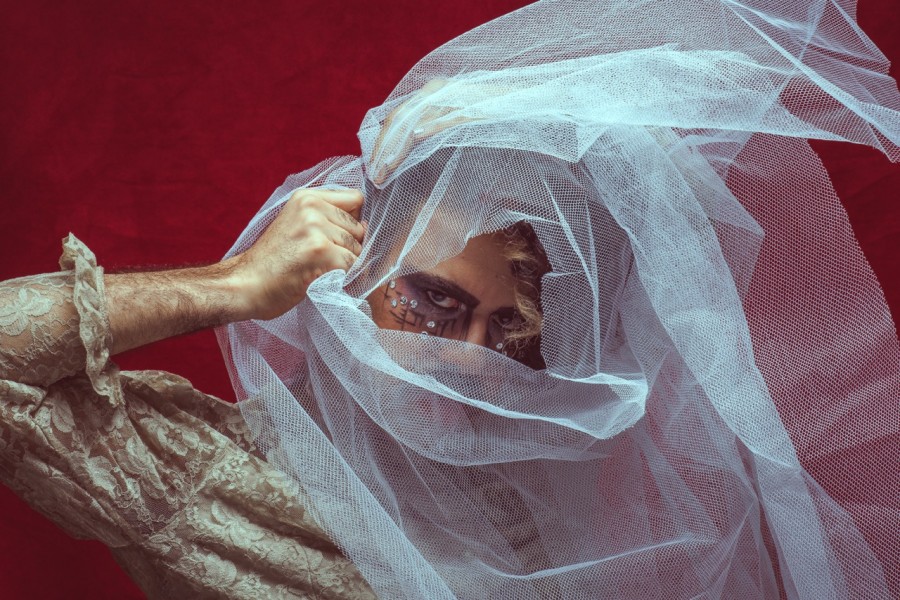 The first time I heard this track on the radio, I flipped. It was the track that sent Barry Harris and Chris Cox AKA Thunderpuss right to the top of the most requested Remix producers of mainstream tracks into progressive house underground anthems. I also have a special relationship with this track as it was playing during my earliest club experiences back in the late 90s. I had this remix on cassette, CD, digital and, finally now, on vinyl as well. Thunderpuss completely transformed it into something unique and the climax with her scream…it’s orgasmic. I was lucky enough to be at Thunderpuss’ farewell performance in São Paulo back in 2003 for the closing party of legendary gay club, Massivo. Unfortunately, they didn’t play it but good times anyhow.

Back in 1998, I was obsessed with CD Singles and randomly bought Toni Braxton’s “Un-Break My Heart” at the record store without really knowing much about it. When I heard the original album version, I instantly recognised this song. The Frankie Knuckles remixes were also very consistent and soulful. But, then came the Soul Solution duo (Bobby Guy and Ernie Lake) Remix and DJ Hex Hector, which is a very hard progressive house version with a dramatic build-up and an orgasmic scream. My favourite part is the very end with the “in-your-face” string section. It’s a very tough track to make dance mixes out of it as it’s about a woman’s pain over her dead partner but they all pulled it off. I read in an interview with Soul Solution which said they were working with Hex on another project in their studio when Toni’s record label A&R manager called and Hex picked up the phone and sort of “invited” himself into the project. Next thing they know, they were doing this remix together when it was supposed to be Soul Solution only. They worked on the remix and sent it to the label and it was rejected for being too dark saying it wouldn’t work. So, Bobbie and Ernie told Hex and he refused to revise it. Soul Solution alone worked on it a bit more making the remix as it is today and it was accepted. I’m not sure how much of this story is actually true, but I would give my right arm to have the rejected version :-)

I heard this track long after it came out, obviously, around the mid 90s on MTV Brazil. Late at night, they would just broadcast random music videos (in the good ol’ times when MTV was really about music and not about shitty reality shows). I remember watching the video with the breakdancers losing their shit and thinking to myself: “DAMN! These people are cool!”. The beats and the synths are instantly recognisable anywhere. That’s what a good track is all about!

This was another classic that I also got acquainted with through MTV. So great although the memories I have around this track aren’t all positive. Back in 2003, me and my friends were coming back from a party in two cars. We were cranking this song up really loud in the car when the other one suddenly overturned. It was horrible but everybody was OK. There were only some minor injuries but I couldn’t listen to this track for a whole year without feeling exactly like I did when I saw that car upside down without knowing if everyone was OK. After a while, that sensation went away and I could go back enjoying this amazing track.

I think I already said on record before but Mariah Carey’s remixes were a major factor in why I got into electronic music. I still remember when I ordered a bunch of Mariah’s maxi CD-singles, back in the late 90’s, and they all arrived together. I spent the whole weekend locked in my living room playing these extremely rare versions - Brazil had banned the CD-Single format after sometime and I had to import them through record shops. Keep in mind this was before the internet and the invention of the MP3 so it was really hard to get your hands on these records. The Def Club Mix produced by David Morales really caught my attention and made a big impression on me. It shows many different musical directions but still sounds so cohesive plus the new added vocals and ad libs Mariah did were amazing. In fact, she was one of the first mainstream artists to go back to the studio with the DJ and re-record her vocals specially for the remix. She would change lyrics, sing on completely different keys and make some really crazy things. Her body of work in the 90’s was amazing for dance music. Too bad it faded it away on her most recent records.

You can catch Projekt Gestalten in the Pornceptual room for the Berlin Berlin Halloween special going B2B with The lady Machine.