Get To Know Michelle Manetti

Berlin Berlin represents all the important things I mentioned above, it's a real space for freedom and expression, a mixture of people from different backgrounds and persuasions, and incredible line-ups

Hailed for her eclecticism and dynamic sets, drifting seamlessly between House, Techno, Acid and disco with a particular persuasion for Jackin beats, funky grooves and soulful melodies, Michelle has played alongside Honey Dijon, Joyce Muniz, Smokin Jo, Hannah Holland, Dennis Sulta, Marshall Jefferson, Horsemeat Disco, Dimitri From Paris and more. With regular appearances at Berlin’s Tresor, Ipse and Sisyphos clubs as well as Dalston Supertstore amongst an ever growing list of London venues, 2020 promises to be the year Michelle breaks out into production and other new opportunities.

Ahead of her set alongside Berlin’s Paramida, Wes Baggaley and resident Luther Vine, we Get To Know Michelle and how she started out in music. 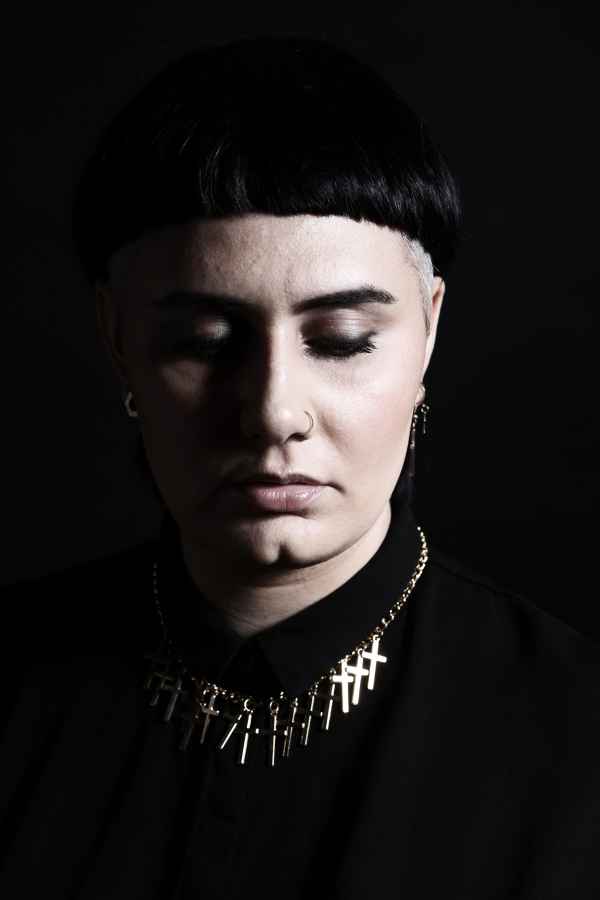 Get To Know Michelle Manetti

A born and bred Londoner, was music an integral part of your early life and what kind of artists have influenced your musical journey?

Yes, music has always been a pretty big part of my life from very early years. I come from quite a musical family…my great grandmother was a concert pianist and everyone on my Mums' side of the family played an instrument of some sort, so family gatherings, were always very 'musical' affairs. We had a piano in our house that my mum used to tinkle on regularly too, so It felt natural for me to want to learn an instrument, but I just never had the patience to keep any of them up. I think I had one or two lessons in everything from guitar, piano and drums to trumpet, although i did play the violin for a couple of years and the bugle, which is a pretty random choice. I was always singing though, that was my instrument really, until later I discovered vinyl and decks and finally found my instrument of choice to express myself musically!

In my early years I was actually most influenced by R&B and soul music, vocal wise it's what I loved to sing and artists like Aretha Franklin, Jocelyn Brown or Lauryn Hill and Brandy were my inspirations. At around 13 or 14 though I discovered House music, via my sisters influence. DJs like Masters at Work, Todd Terry, Kerri Chandler and the more soulful house that often featured vocalists like Jocelyn Brown, who I'd always been influenced by but in a different musical form - soulful house was a really good crossover. Gradually as I got older, my music became much heavier, darker and grittier, interestingly with far fewer vocals too. My music taste is constantly evolving but I will always have a huge soft-spot for music with a more soulful feel. 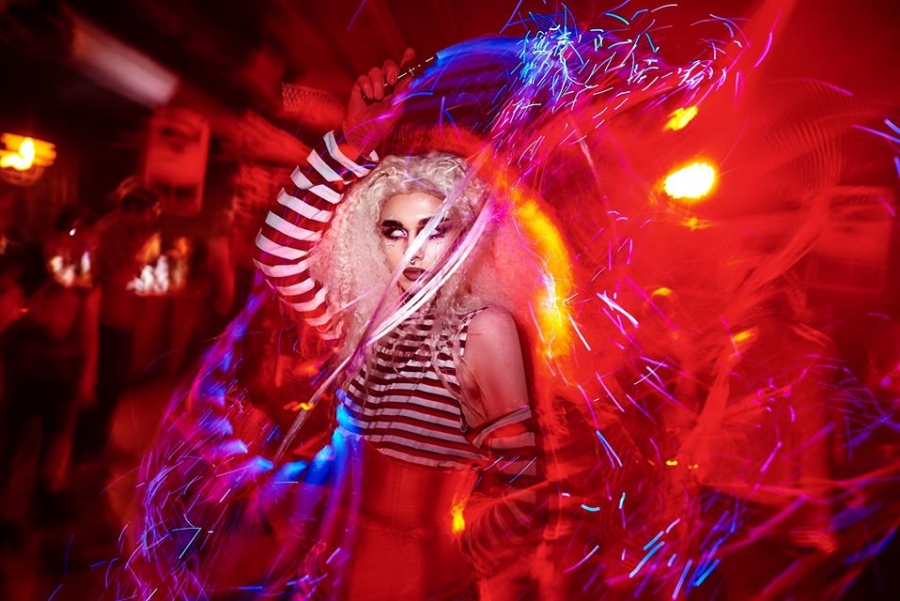 With 17 years of DJ-ing under your belt, can you tell us how you first got into DJ-ing and what attracted you to it?

It's actually coming up for around 20 years now I've been DJ-ing, which seems crazy to me! My route into DJ-ing was actually a happy accident, via singing. I was doing a lot of session work at around 17 and 18, singing vocals in studios for other producers and I quickly realised I wasn't happy being a musical puppet and wanted to be more of a creative driving force, making my own music that I could sing on. One of the producers I was working with at the time showed me round the studio a little and from then I decided to study music production at Uni. It was always about making & singing house music for me, but I figured to be a good producer, I should learn what makes a good track, what works on the dance floor, so I taught myself to DJ to understand better.... and 20 years later here I am. 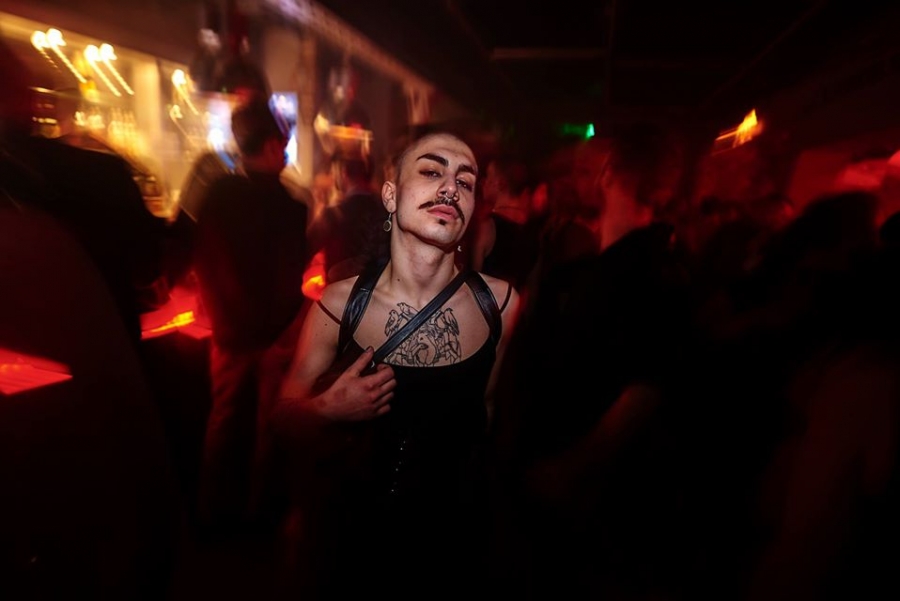 Was there a break through moment when you realised that you could take it to the next level in terms of supporting yourself and how did it feel?

I'm quite an all-or-nothing kinda gal and ridiculously driven, I went to Uni with the intention of making music my career and my life, DJ-ing was a detour, but incredibly instrumental in that path in the end. I always wanted to be a vocalist, but once I discovered DJ-ing, it became an obsession, and it still very much is for me even after all this time. The music industry and DJ-ing is such a fickle and hard one to break and maintain, you really have to be a million percent dedicated and eat, sleep breathe it, in order to really make any headway - the hustle is real! I never questioned or doubted myself for a second though and I think it's really that ambitious and positive mentality that enables you to manifest your goals and make them happen. What's really strange is that It feels like I've come to a point now, where i'm only just at the beginning of my journey to where I want to be and everything else til now was just a dress rehearsal, I feel like there's even more exciting things on the horizon. 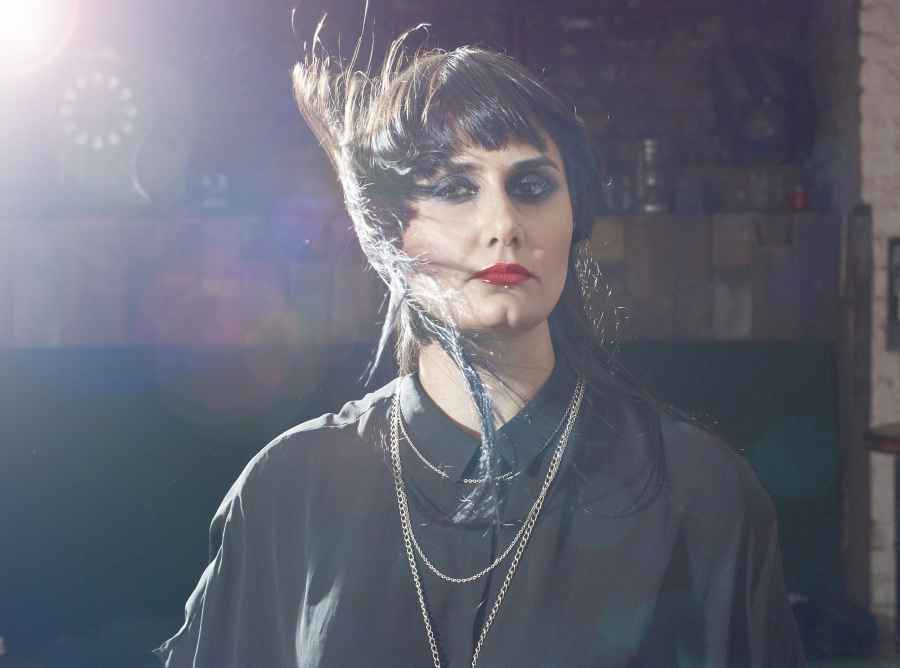 Your current party Fèmmme Fraîche has just celebrated its 4th Birthday and can you tell us how your came to launch it and some of the club’s highlights?

Indeed, technically it was our 4th birthday back at the end of last year, but the dates didn't co-incide, so we're celebrating it properly in February. Dalston Superstore actually approached us to put on a night there originally. My co-promoter Sandra and I were already running a small queer-girl lead house/techno focused clubnight called Pitch Slap which we started because at the time nothing in London existed for the girls which offered proper underground house music. Sandra and I wanted a night for ourselves and our friends so we made a party especially and it went down really well. Superstore heard what we were doing and wanted us to bring something similar to them. At that time there was certainly a lul in good queer girl parties, the lul has subsided as there's so many great ones in London now, but Fèmmme Fraîche is still going strong!

Certainly one of our highlights was having Honey Dijon headline for us, the place was electric. Honey always brings the most incredible vibes, but to have her there in such an intimate space, at a time when she was just at the start of her rapid snowball to the top, everyone was so excited and there was just something really special in the room that night, if only we could bottle that feeling! 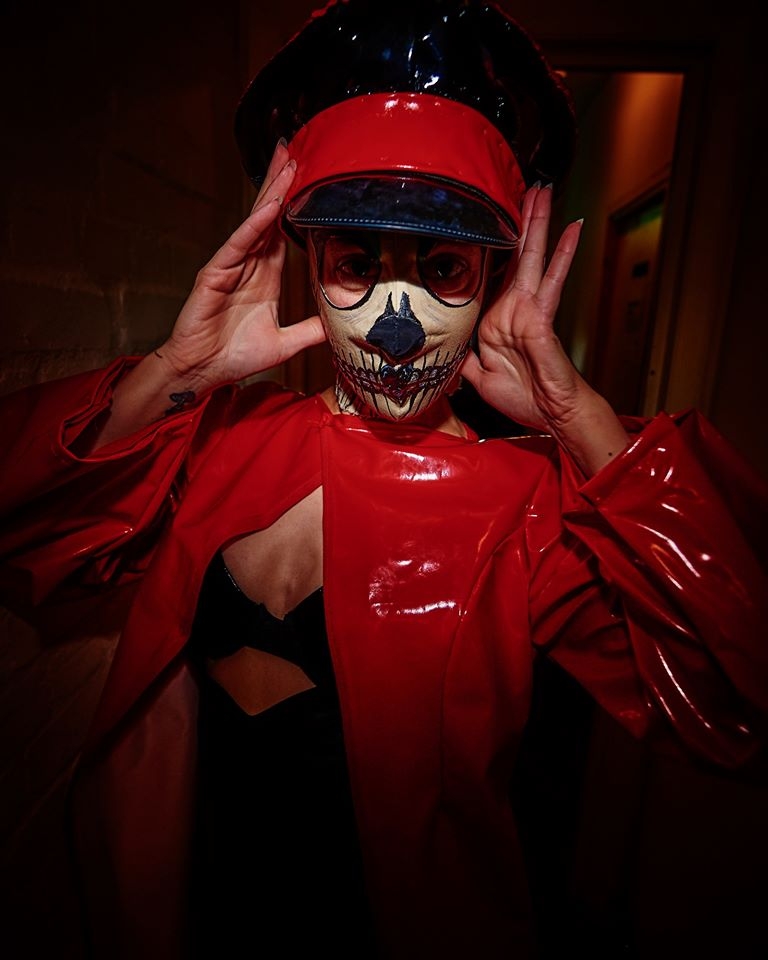 You’re one of London’s leading artists pushing inclusive clubbing and a community feeling, what does the lgbtq scene bring to the table in terms of music and the party scene?

Yes, I think its so important to foster spaces where we can be free to express ourselves however we want to, without judgement and thankfully the queer scene offers such spaces. I also believe inclusivity is so important too, because having exclusive parties can breed it's own toxicity. We're at a time, where gender and sexuality is becoming a lot more fluid, so who are we to police who shouldn't and shouldn't be 'accepted' or 'welcomed' in a place based on their sexual preference or gender identit. As long as people are completely respectful of the space and the people in it and are there for the same reason - to enjoy a night out without judgement - then everyone should be welcomed. There's also so much corruption and bad stuff happening in the news and with the government and environment, we all need those little sacred places to loose ourselves and find some escapism, and nightclubs and music have always been sacred for that, especially for queer folk. We also need a loving community of like-minded people around us more than ever and to be able to support each other within that community, especially when it comes to offering opportunities and platforms or simply just a sense of belonging.

In terms of music and parties, there's really so many exciting things on the LGBTQ scene right now, offering so much variety, not just in exclusively queer venues too which is incredible. There's the likes of Inferno, Kaos, Papa Loko, Htbx for heavier Techno, as well a Koodeta and Big Dyke Energy repping Techno for just the queer women. Chapter 10, Adonis, Homodrop for good queer house raves and likewise Fèmmme Fraîche for more women focused crowd, nights like Cookie Jar, Wimp and Mariah and Friendz for the clubkids and performers bringing out all these fabulous lewks, there's Female Trouble for the rebel dykes and Butch please celebrating Butchness, then there's nights like Pxssy Palace and BBZ for the QPOC and Transmissions, Harpes, Intersexxy, Them Fatale for the trans, NB and intersex folk and this is all just scratching the surface. It's so incredible that you don't have to just go to a generic gay bar with generic music because that's your only choice. As queer folk, we literally have such a fruitful pick of nights in London based on music, performance etc where you can really feel like you're with your own, listening to exactly what you like, it's so liberating. 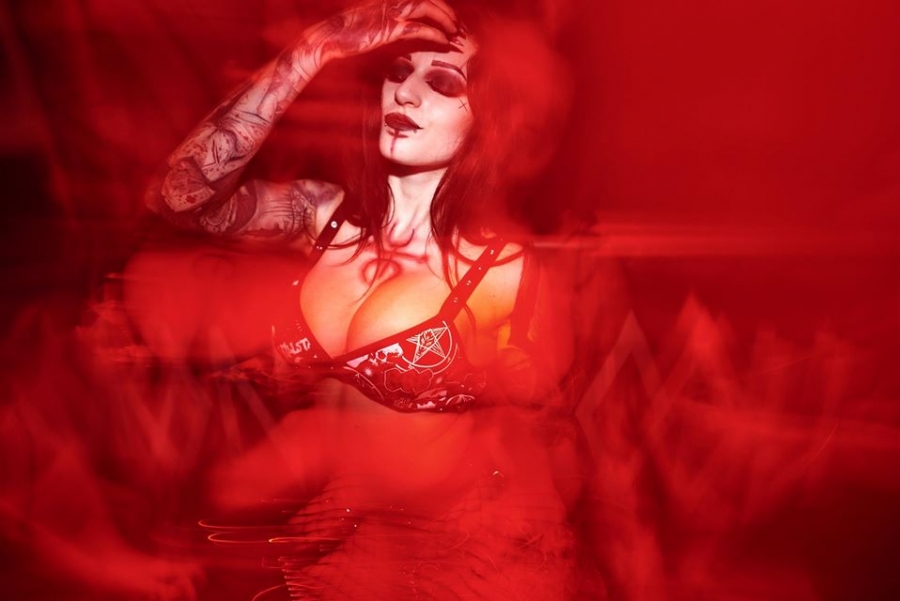 Now part of the Berlin Berlin family, what does this party bring to the London clubbing scene and can you tell us about any of your favourite nights?

Berlin Berlin represents all the important things I mentioned above, it's a real space for freedom and expression, a mixture of people from different backgrounds and persuasions, and incredible line-ups offering a diverse range of music, it's really quite special and I'm super happy to be part of the Berlin Berlin family.

2020 - a new year and new decade and can you tell us what plans are afoot for you?

Yes, despite studying music production at Uni, I've never actually released any of my own music. So I'm in the studio, beavering away at the moment and have a couple of releases up my sleeve already. 2020 is definitely going to be my year for finally getting my own music and sounds out to people and with that, I feel a level-up occurring. What's beautiful, is I see so many of my talented friends around me all leveling up and achieving great things too, it's like this wonderful creative domino effect or even more profound, a butterfly effect. 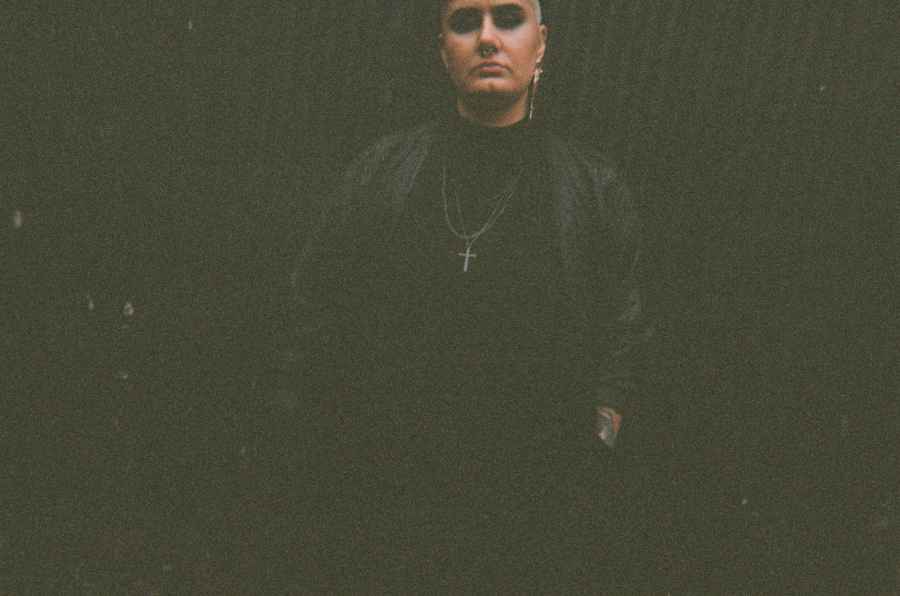 You can catch Michelle Manetti joining the Berlin Berlin crew on Saturday 15th February for their Tainted Love Affair themed take over. Click here for tickets