Get To Know Esther Duijn

I played my first record in a famous former DJ café called Vaaghuyzen, which is a place where people like Steffi, Steven de Peven and Bart Skils also played a lot and the after parties were legendary.

Growing up in The Netherlands shaped Esther Duijn’s musical journey as she absorbed the rich Dutch electronic dance music scene from rave to hardcore before going on to play Amsterdam’s Vreemd and Club 11 events.

Relocating to Berlin  her first Berlin gigs at Panorama Bar and Zur Wilden Renate ‘were insane, like nothing I encountered before’ and a few years on she’s a Resident DJ at Tresor and calls Gegen her ’second family’ with regular appearances for them and also the city’s Pornceptual and Sisyphos parties.

An avid vinyl enthusiast, Esther’s released on labels like Coincidence Records, Fred P’s Soul People Music, German Housewax and Portuguese Exquisite Music, solo and also with her long-time production partner Steady Douglas as Duijn & Douglas,she has demonstrated her skills as a producer and a DJ, with over 25 (vinyl) releases under her belt.

Her label, podcast series, stream and event called Another Earth” has hosted artists like German master Moritz Von Oswald, Tom Ellis and Anton Zap, 2019 was her busiest year to date.

Mixing the old, the new, the rare, the deep and the raw parts of electronic dance music to brilliant effect whilst never compromising on the groove, Esther makes her debut at the Gegen showcase at Berlin Berlin: Brave New Year this Saturday December 28th alongside Martine S. and Mar/us. 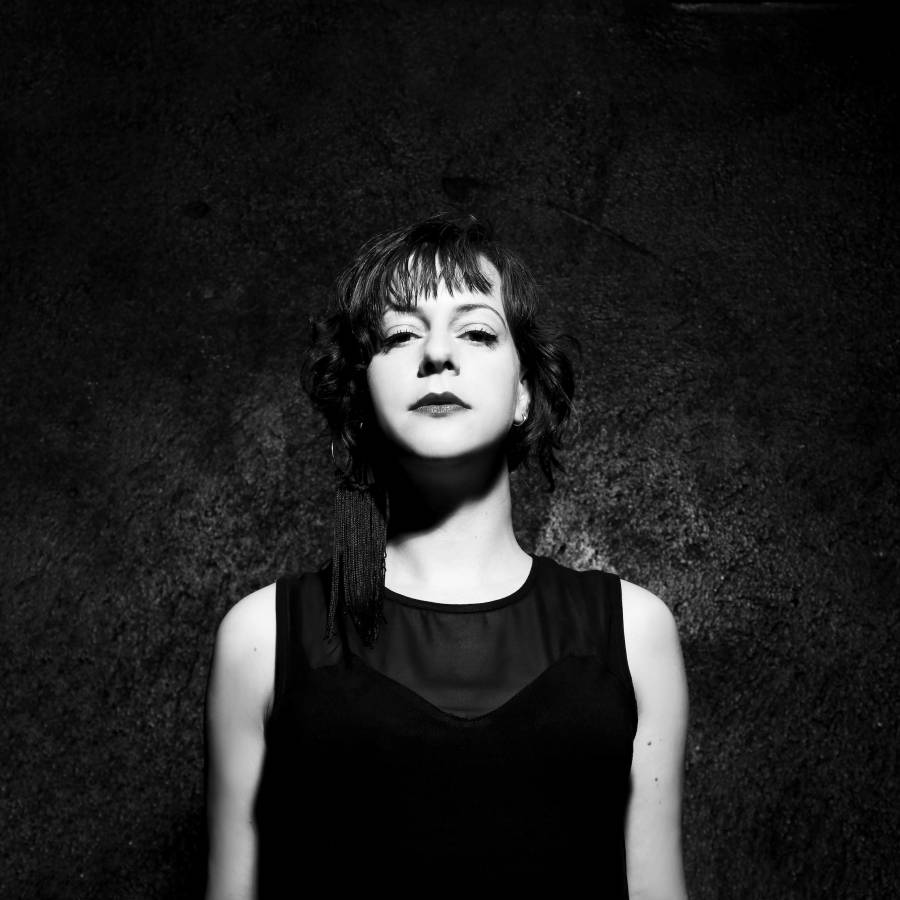 Get To Know Esther Duijn

Dutch by birth, how did growing up there influence you and what clubs, records,  artists, DJs informed your early musical development.

The Dutch scene is one of the best in the world. From the start, right after Acid House music flew in from America to Europe, Holland (next to the U.K, Germany & Belgium) was one of the first to embrace it. I was drawn into it from a very young age and I went to my first illegal warehouse rave when I was 13. Quickly after that we raved our asses off on the most legendary Hardcore parties ever (thinking of Energie Hallen & Parkzicht Rotterdam). When the Hardcore scene turned to shit because Happy Harcdore took over and it became commercial I moved onwards down the path of techno and the more deeper and obscure styles of electronic music. I was influenced by Bunker Records Den Haag, Clone Records Rotterdam, Djax Records Eindhoven and international labels like Tresor Records, Perlon, Minibar, Gigolo Records, Warp Records and UR to name a few. 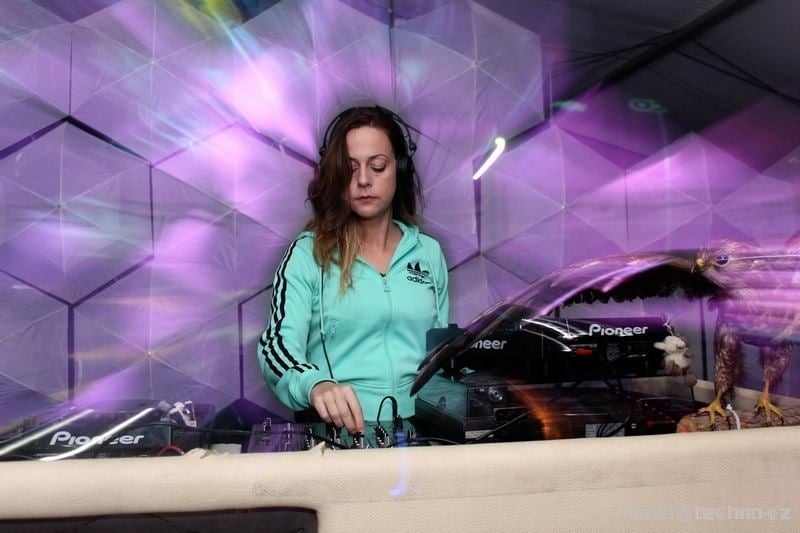 What clubs did you start off playing at and do these venues hold special memories or meaning for you? Was there a big break through moment when you saw you could make your life in the scene?

I played my first record in a famous former DJ café called Vaaghuyzen, which is a place where people like Steffi, Steven de Peven and Bart Skils also played a lot and the after parties were legendary. The local Amsterdam scene picked up on me and I got asked to play events like Vreemd hosted by Carlos Valdes and Club 11 – the predecessor of Trouw, for example.

Since then you’ve re-located to Berlin and what made you initially make the move and has the city lived up to expectations? Having played at the mighty Tresor, Gegen, Pornceptual, Sisyphos and Panoramabar do you have any stand out memories you can share with us of these events?

Berlin is unlike any other place in the world when it comes to nightlife. The city breathes freedom seeing as they only got this total freedom since the wall came down in 1989. I think that created a unique environment where people became super creative due to the (economic) state the city was in after the fall of the wall. The young ones wanted to party to celebrate their newly found freedom and connection with the West. I think we still enjoy the remnants of that recent past. My first visit was in 2006 and I totally fell in love. In 2008 I played my first Berlin gigs in Panorama Bar and Zur Wilden Renate and these gigs were insane, like nothing I encountered before. It still took me a few years to get things organised but when I finally made the move Tresor embraced me as a resident DJ and I am thankful that I can call Gegen my second family and that places like Pornceptual and Sisyphos for example book me back over and over again.

Do you think the city lends itself especially to a more relaxed, inclusive and unrestrained events such as at the Gegen parties?

Totally, there is still a fire in the people. They are willing to stand up and fight for their rights and freedom. Also because the city is very diverse and super open-minded, I guess due to the history of the city, you can just simply be who you want to be without being judged or worse. In other cities it always feels like one has to conform to the norm but Berlin has a very open-minded and free hedonistic spirit. 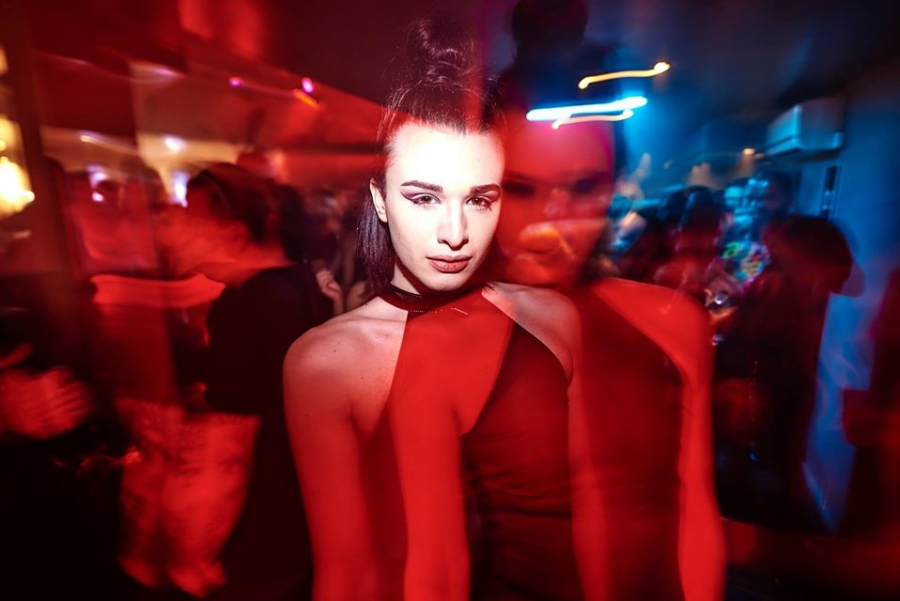 When did you first get into production and is producing as exciting for you as DJ-ing? Initially you produced with long-time production partner Steady Douglas as Duijn & Douglas, and you’ve gone on to release on labels like Coincidence Records, Fred P’s Soul People Music, Germany’s Housewax and Portugal’s Exquisite Music. Do you have any favourite releases and what makes them so special?

Steady Douglas is one of my best friends and when I started making music he taught me all the basics and more. We always have a lot of fun playing and creating together. He has a family now so I don’t see him so often anymore. I love all the work we did together. I released on labels all over the world and I am thankful they ask me to make music for them. I am looking forward to 2 vinyl releases coming out at the beginning of 2020, and I can’t say a lot but one is ambient and the other is a rave anthem lol.. :-) I just love all sorts of electronic based music as long as it has substance, depth and some kind of rawness. My musical taste is very broad and that also comes back in the music I create and release.

What does the next year hold for you ?

A lot of releases are signed and coming out in 2020. Also there’s some nice gigs and festivals confirmed already and I am just gonna keep on doing the music I love so much while being surrounded by good hard working amazing people who share the same mindset.