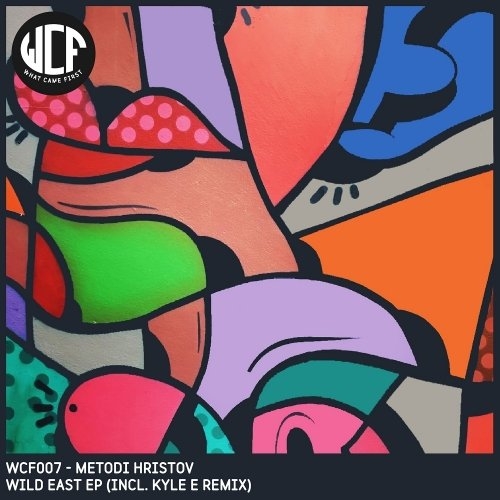 What Came First's new EP is a melodic Techno release with original tracks from Metodi Hristov plus a remix from the club resident Kyle E.

Metodi Hristov is a Bulgarian based DJ and producer who has released music on labels including Octopus, Terminal M, Noir Music, Snatch! Records, Deeperfect Records, Rejected, Gruuv, Glasgow Underground and his own Set About.

Having released his first record in 2009, Metodi Hristov has for years been rising through the ranks of the world's electronic music elite. Many became aware of him after his 2014 Ibiza anthem “Step Outside”, which was listed by DJ’s such as Matthias Tanzmann as being one of his favourite tracks of the year.

Providing the solo remix is EGG London resident Kyle E, who many will recognise from John Digweed's “Live On South Beach” compilation, which featured the Christian Burkhardt remix of Kyle’s track “Arp For You Heart”.

The first track 'Wild East' has dark bass stabs that fill the track with menace and unnerving tension, whilst fast flowing hi-hats and a rolling bassline provide the energy. A melodic lead synth adds just a touch of euphoria, making this is perfectly sculpted dancefloor techno at its best.

Second on the release is 'The Room' that has throbbing low end stabs layered over pulsating bass tones. The lead synth is filled with suspense that contrasts against the gliding bursts from the melodic pad, lifting this relentless track that's packed with exhilarating forward momentum.

For the third and final track Kyle E reworks 'Wild East'. Keeping the originals lead keys, he adds his own bassline that grows with tension as the track develops. Using a dreamscape melody, his remix provides a deeper version for those who like things progressive and epic.