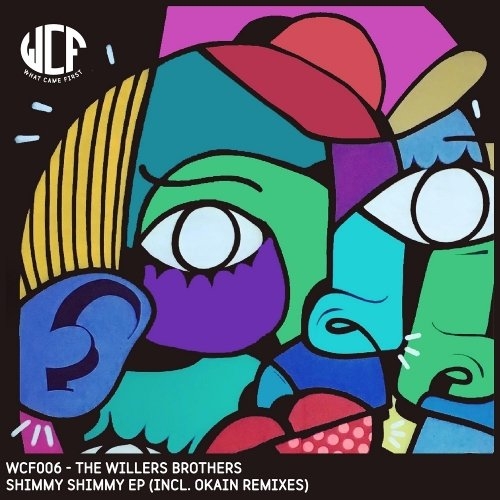 The Willers Brothers are a London based duo consisting of Sean and Liam Willers, who have previously released on labels including Oblack Label, Nordik, Nofitstate, Beste Modus and My Favourite Freaks Music.
Not only are The Willers Brothers residents at EGG London, but they play regular international gigs and have previously played venues such as Watergate, Space Ibiza and Tresor.
Also hosting radio shows on stations including Hoxton FM, Bloop and Le Chic FM, The Willers Brothers combine elements of both House and Techno in their funky and groove driven sound.
The release also features Okain on remix duty who provides two alternate versions on the EP's lead track.
French artist Okain is a regular headliner at EGG London, who as well as playing regular international DJ gigs, and is a premier artist whose music can be found on labels including Truesoul, Hypercolour, Tsuba, Cadenza, BPitch Control, and his own Talman Records.
Okain has also collaborated with Techno artist Paul Ritch under his real name Samuel Thalmann and a variety of other aliases including Lezar and Handycraft.
"Shimmy Shimmy" starts with deep bubbling synths that sit under a percussive shake that skips like a stone skimming over water. The track's name was inspired by its smooth sound that ripples and shimmers like a metallic liquid. Understated but still dancefloor focused the track is eloquent and intelligent House music.
Okain's first rework of Shimmy Shimmy titled the "Forward Remix" provides a toughened up version, with some of the originals atmospherics replaced with additional rhythmical elements. Slightly more up-tempo, there is extra momentum provided by the Techno influenced lead sound.
The second remix of Shimmy Shimmy from Okain is titled the "Talman Remix" and it strips back the original to its percussion, which makes space for a luscious pad sound that leads the track. Gliding with poignant notation, the new synth sounds are warm and comforting, creating a mood that's atmospheric and club focused.
"Seeing Them Out" has a quirky melody that works with the energy of the bassline and shuffling rhythms of the percussion to form the foundation of the groove. Finished with a muffled female vocal and some uplifting chords, this compact masterpiece is distinct and individual.