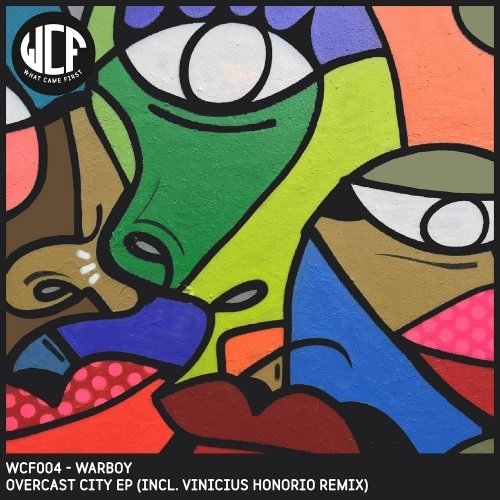 'What Came First' is a new label dedicated to House and Techno, which has been set up by the people behind the infamous EGG London club venue.

The last release on What Came First showcased EGG resident Kyle E, and following that trend this new release is from London based Warboy who has been resident at EGG since 2011 and currently heads up the boundary pushing, resident night Sabajaq.

His music style incorporates a variety of genres and influences plus his extensive experience DJ’ing alongside top International names in the world of House and Techno.

In the words of DJ Mag (UK). “Warboy remains one of alternative clubland’s greatest forces who is constantly ahead of the curve”.

Also featuring on the release is a remix from Vinicius Honorio who many will recognise from being a main stay on Pig&Dan’s label Elevate, but his music can also be found on a number of other scene leading labels such as Harthouse and Unity Records.

Vinicius Honorio is popular with the likes of Adam Beyer, Alan Fitzpatrick plus many of the world’s top Techno DJs, and the remix on this EP is a fine example of his much loved sound.

“Rebel Herd” starts with the building tension of a held chord that with devastating force, builds into an arpeggiated acid line. Uptempo, the relentless energy is tailor made for the dancefloor and a sure fire crowd pleaser. Techno focused with crisp percussion the track is like a tidal wave of sonic destruction.

Vinicius Honorio reworks “Rebel Herd” into his trademark style with a reinforced kick drum and percussion that moves with the force of a freight train. Adding his own filtered lead synth that rises as the track develops, his version is fine-tuned and streamlined to perfection.

“Unkindness Of Ravens” has a rolling groove brought to life by rhythmic vocal phrases and off beat synth stabs to form the tracks foundation. Driven by the lead synth, the high octane momentum is infectious and thrilling with a distinct style that’s impossible to resist.