The Aston Shuffle duo sit back and pick five of their finest parts from Canberra & New York, giving us detail on their picks.

At the forefront of the Australian dance music scene, duo Vance Musgrove and Mikah Freeman aka The Aston Shuffle are shaping up for their most significant international year to date. With a flurry of new releases and a busy touring schedule that's already taken in the legendary Brooklyn club Output, and the Tomorrowland festival ahead of current US dates with The Magician and UK dates with Dom Dolla whom they make their debut alongside at Egg LDN on Friday, July 5th.

Whether its their new tuneage including "Stay", "Now Or Never" and "Back To Me", a collab with TCTS, released on Idris Elba's 7Wallace label plus remixes forthcoming for Labrinth, Sia & Diplo's LSD project, or headline festival slots, The Aston Shuffle are two of the hottest names on the electronic music scene right now. 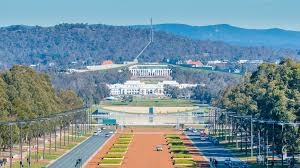 As a pasty-skinned DJ and music producer, it's pretty unfamiliar to find me roaming around in broad daylight, but I've recently discovered some beautiful walks in and around Canberra with my family, and it's an excellent chance to get out of the studio. I've come to realise that Canberra is one big National Park - it has earned its reputation as Australia's "bush capital". We are surrounded by mountains on most sides of the city, so it only takes a short trip to see beautiful scenery and wildlife.

A good friend of ours started a small brewing company a few years back, and in a short space of time, it has well and truly put itself on the craft beer map. Not only are their craft beers amazing but they have also opened up their factory to the public and have added a tap-house bar and food joint run by another local company called Brodburger, who have some of the best burgers in the game. I'm biased, I know, but it's a great location to bring your family and friends on the weekend.

For many years Canberra was known for not having much of late-night shopping, restaurant, or coffee culture vibe. Well slowly over the years this small industrial suburb only a short walk from the city has changed that perception big-time. Lonsdale Street has now become a bit of a hang haven and full of small boutique shops, cafes, bakeries, restaurants and bars and the odd pop-up store/event to keep every Canberra hipster happy.

I'm certainly no art boffin, but Canberra punches above its weight in the art department. For years my wife has dragged me along begrudgingly to many of Canberra's public institutions like the National Gallery, Library, Museum, Archives and Portrait Gallery as well as a whole heap of locally run gems. It's the perfect way for any art collector or enthusiast to spend the day in Canberra.

My favourite club in Canberra, which we've been playing for years. It has a great sound system, a super cool minimal lighting rig and an environment that's safe and inclusive for all its clientele with their "NO RACISM, NO SEXISM, NO HOMOPHOBIA, NO TRANSPHOBIA, NO VIOLENCE policy. Clubs seem to come and go these days very quickly, so to see this venue still doing great things is a testament to their ethos. 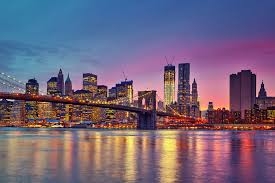 New York has some fantastic clubs and venues, both from the perspective of a DJ and a punter. Output, which closed at the end of 2018, was a fantastic club, definitely one of the best in the world in my opinion, and it was such a shame when it closed, but some great spots have filled the void it left. We recently played at Elsewhere supporting The Magician, which was incredible, it's a vast room, but the vibe felt quite intimate at the same time. Good Room is excellent as well, it has a dark, smoked-out kind of vibe which I love, I saw Groove Armada playing there a few months ago, and it was a fantastic night.

The food scene, in general, is a massive highlight of living in New York, but pizza is explicitly the big one, the sheer number of places and the overall amazingness of New York pizza is incredible. I was extremely lucky to live right next door to one of the very best places in the whole country, Juliana's, for the first couple of years I lived here, and I've got to say it was delightful!

The New York stand up comedy scene is a massive highlight of living here, it's one of my favourite things about the city, and it's a go-to New York activity when friends are visiting. So many great comedians are based in New York, the scene is so vibrant both in terms of touring comedians playing grand New York venues, but also the club circuit. For example, Dave Chappelle is my favourite comedian, and I've seen him at Radio City Music Hall, which is such a fantastic venue, as well as doing an unannounced pop-in at the Comedy Cellar, which holds maybe 40 or 50 people.

I love how the city comes alive on the very first warm weekend in spring. Winter can be gruelling and can often feel like it'll never end, but as soon as it warms up, the entire city decides "hey it's time to party!" and the whole mood of the town feels like it shifts into another gear. Rooftop parties are a big highlight of this time of year. The transition into spring and summer isn't quite the same in Australia, which I guess is because our seasons (especially our winters) aren't quite as stark as they are here, and we sort of take good weather for granted in general.

I was never really into basketball until I moved to New York, but I couldn't help but become a Knicks fan since I've been living here. It's been a rough couple of years though, we've had some glimmers of hope and promise at the start of the last couple of seasons, only to have things disintegrate reasonably quickly, but I'm still hopeful about next season. Madison Square Garden is a fantastic venue to see a game as well, and the food there is pretty great too, lots of great NY restaurants have got stalls there (Fuku is a particular favourite)!

You can catch The Aston Shuffle at Egg London this Friday joining Dom Dolla on the Middle Floor. Click here to get your tickets!