Kokaine Tyson explores the colourful and queer side of life celebrating all things Pride at our Special this Saturday July 6th. Take a walk on the wild side with her and our all star cast of go gos and performers.

With a provocative new look for every party, our unique Berlin Berlin host Kokaine Tyson explores the colourful and queer side of life celebrating all things Pride at our Special this Saturday July 6th. Take a walk on the wild side with her and our all star cast of go gos and performers 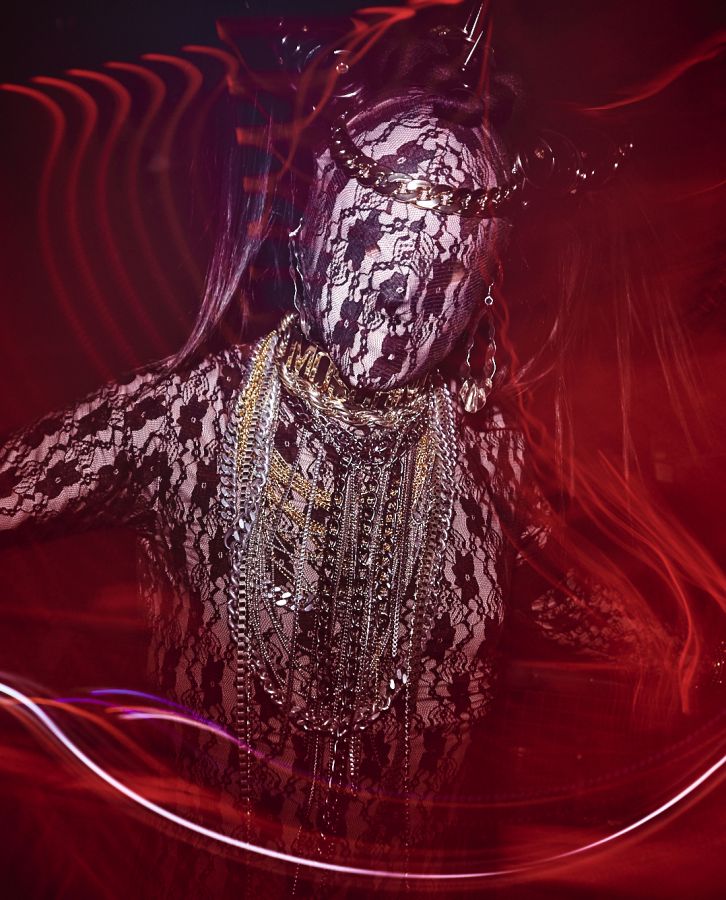 An Exclusive Resident performer for Berlin Berlin, what kind of things can we expect for this Pride show?

I tried and experimented to merge together the dark and fetish with the colourful and queer.... the two parts of me that have always co-existed peacefully at times and in conflict at other times.

As part of the LGBT art scene and community in London, do you think you’ve ever faced setbacks in your industry because of who you are?

I never had any problems with my sexuality or image. I’ve always worked where being gay was an advantage, but I never felt the need to flaunt my being as a provocation or rebellion.

What advice would you give to anyone/LGBT people trying to break out into the performance/hosting industry?

Shameless and shameless, but still without feeling arrived, and remember that there are people worse off than us, but also better off than us.

Which performers and artists did you look up to when you were growing up?

I’ve always been fascinated by those characters who are ambiguous, obscure, but at the same time very glamorous characters who animated the evenings when I was a kid. They maybe not very sociable, unreachable by the public, even just a picture with them.... and that's what I've decided to become!

With incredible outfits and and unusual imagery coming into play, where do you get your inspirations from?

I’m caught in a golden age of Marilyn Manson, always listening to his music so he’s played an important role as a source of inspiration. As well as this I come from Turin, a part of Italy where the "dark side" is very present…from the architecture, to the history of the city and the area, which has always been part of me. This attraction to everything Gothic, dark, vampire and even extreme is in me especially if we talk about shoes with 50cm heels.

Where and when did you start performing and why does dressing provocatively and performing hold such allure for you and for an audience?

I started with performing with my ex-boyfriend over 12 years ago and our characters were ambiguous, androgynous and identical in look. Our show was provocative and decidedly innovative in the Italian "drag queen" field. The Italian public were not used to this kind of show and were in turn fascinated and intrigued. We weren’t men dressed as women or even men dressed as men…

Sum up what makes a good party performer/host?

There are many different features to being a good host, depending on the type of party and the show etc... I have had different roles in the various clubs (host, door selector, dancer, MC etc) but the most important thing is the impact one has on people, the attention to detail and a strong enough image to be remembered because as someone said: “Nothing is more successful than excess”.

How do you create your own outfits and where did you learn to be so creative - any professional training or did you work with any designers?

I’ve always worked as a hairdresser and make-up artist and have always created all of my wigs and my particular looks which I was obsessed with! I studied at art school which directed me towards research and experimentation and which I then applied to make up, wigs and costumes.

They’re obviously not costumes worthy of a tailor -  indeed many times not even sewn but only glued and made with techniques learned while listening to tutorials on youtube! I’ve always thought that who ever does this job and has this passion should create their own character alone, otherwise you can become no more than dummies who wear wonderful clothes, wigs, etc. created by professionals.

As one of Berlin Berlin’s more esoteric performers, what makes working with them so attractive ?

I think that Berlin Berlin is the right compromise between provocation and modesty, where every person can express their being in a place where no one points the finger at you. It’s a party where everything has the right feeling and  I can say that it's not the usual kind of party where you can already imagine what you’ll find before entering.

How did you come up with your unusual name?

When I started working in clubs alone with my new look I didn’t want a classic drag queen name where the association of the name and surname created a single word, which was very popular among the Italian drag queen scene. I wanted something that had impact and was unexpected, easy to remember, known but not trivial.

Lastly! What are you looking forward to at the Berlin Berlin Birthday and Pride edition on July 6th at EGG LDN?

I can never tell what to expect from Berlin Berlin, it's always a party in transformation, chameleon-like, so we just have to meet Saturday and find out what will happen.