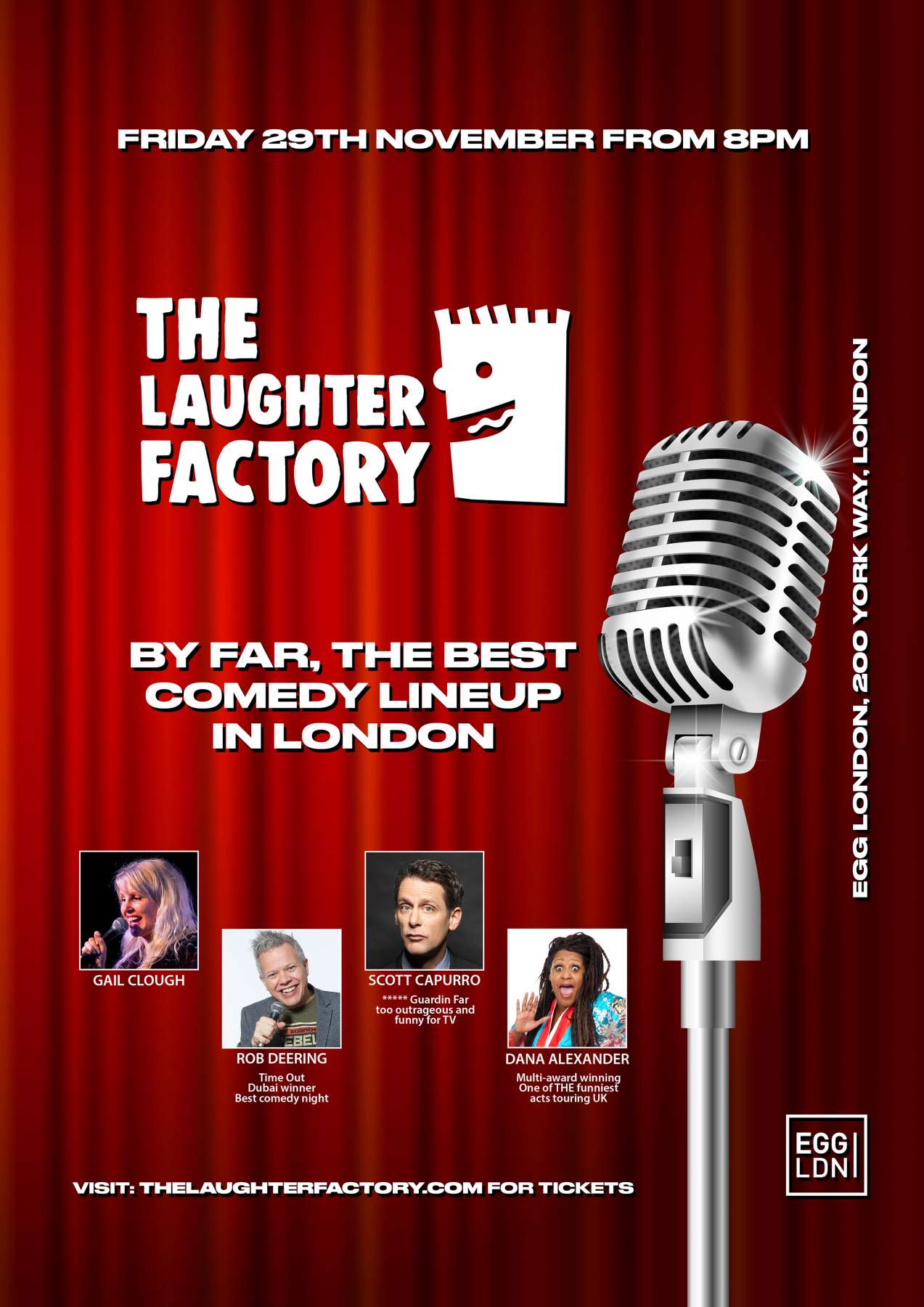 Advance tickets from £14 | More on the door

After 23 years of packed houses throughout the Middle East The Laughter Factory is pleased to announce it’s expanding to King’s Cross in our favourite venue, Egg London

Our formula has always been simple - three world class comics.

A cracking night of non-stop laughs guaranteed, followed by an after party hosted by Northern powerhouse and The Laughter Factory promoter, Gail Clough to chat to the punters and create relationships beyond the digital bubble.

Over the last 23 years many of the acts to grace our stage have gone to become household names including Russell Peters, Michael McIntyre, Mickey Flanagan, Darai O’Briain, Sarah Millican and Frankie Boyle.

As the market changed, we changed. As Dubai’s population saw a Brit exodus we realised we had to cater to a more global audience. Gail travelled to the Montreal Just For Laughs Festival discovering a new seam of talent. International stars such as came over, broadening our talent pool and delighting our audience.

With these connections and experience in place, its the right time to bring The Laughter Factory to London - the global city, and to a venue perfectly suited for our dynamic brand of stand up, one of London’s most established rooms - Egg in King’s Cross.

Our first show consists of three of our most popular acts.

Time Out Dubai comedian of the year Rob Deering, has a trophy cabinet that would make Tiger Woods feel like an underachiever.

Rob Deering’s combination of music and comedy never fails to bring the house down. We do however warn you that your mind maybe be permanently scarred with his rendition of ‘Coffeeeee’ a song that you can’t stop singing for years, once you have heard it.

Dana Alexander, is by far one of the best acts to come off the Canadian comedy circuit.

This woman is a force of nature when it comes to live stand up. Another winner of ‘Best Comic’, this special guest on Russell Howard’s ‘Good News’ always delivers laughter filled show.

If you aren’t laughing at this show, it probably means you are dead!